Blair and Miquel have been out in Studland Bay deploying SMARTY200 from the Rocket. The 2 person operation (+Skipper) has successfully gathered tens of thousands of georeferenced images showing seagrass distribution around the newly installed ecomoorings in the bay. A total of eight dives were performed on SMARTY200's maiden voyage and the data will help our science collaborators and partners at the National Trust, Dorset Coast Forum and Seahorse Trust evidence the effectiveness of the moorings at protecting the seagrass meadows. Here's a short video clip that summerises the cruise. 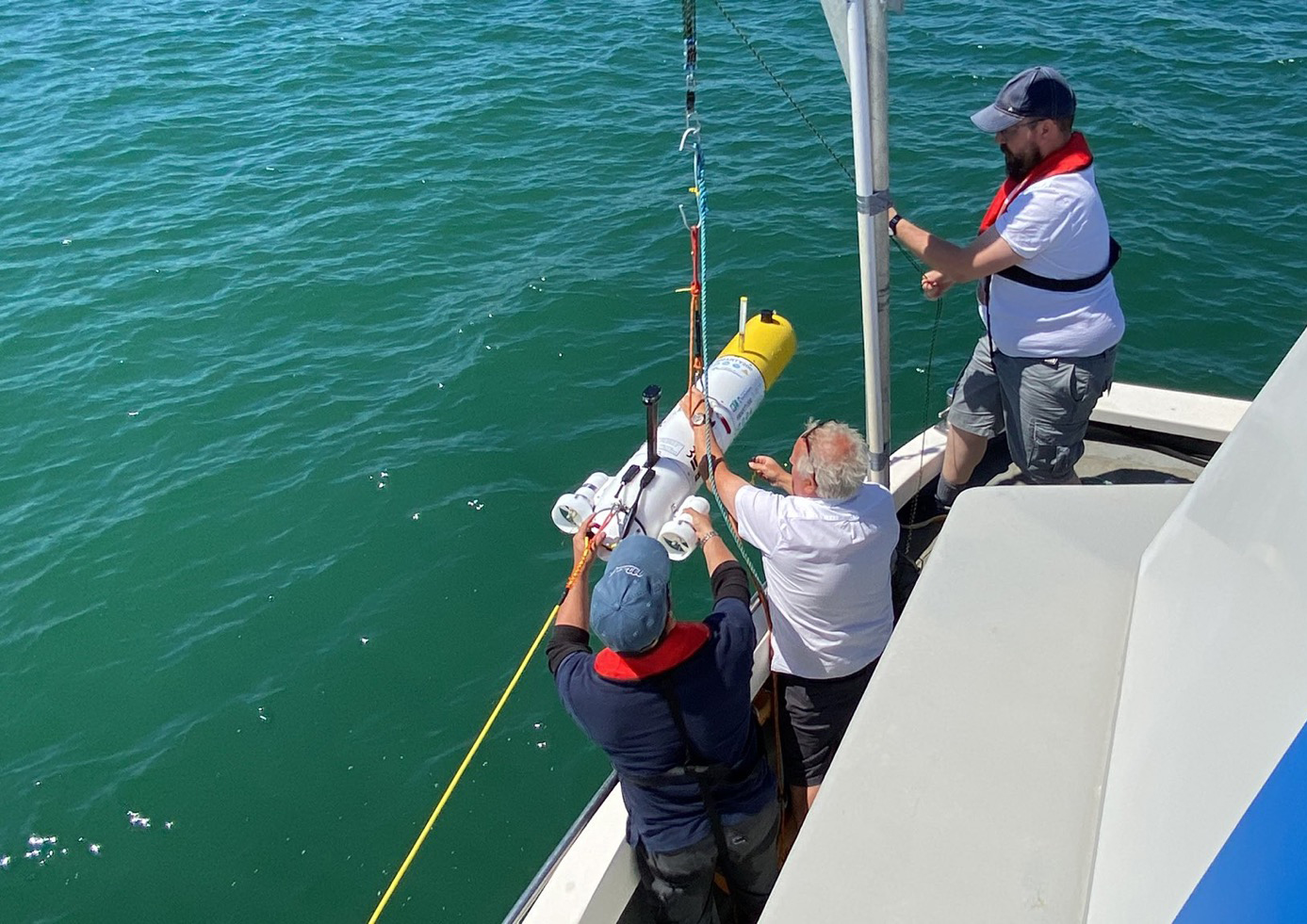 Adrian and Jose are with the MARS team from the NOC deploying a BioCam equipped Autosub Long-Range (a.k.a Boaty McBoatface) from the RSS Discovery. The cruise aims to survey two sites in Haig Fras and the Whittard canyon to demonstrate mature mapping capabilities and also over the horizon / ship-free multiday survey capabilities in preparation for IN-SITE AT-SEA. A low res photo of operations sent via satellite of ALR-BIOCAM being deployed - it will operate for several days while the ship goes elsewhere to do other things! 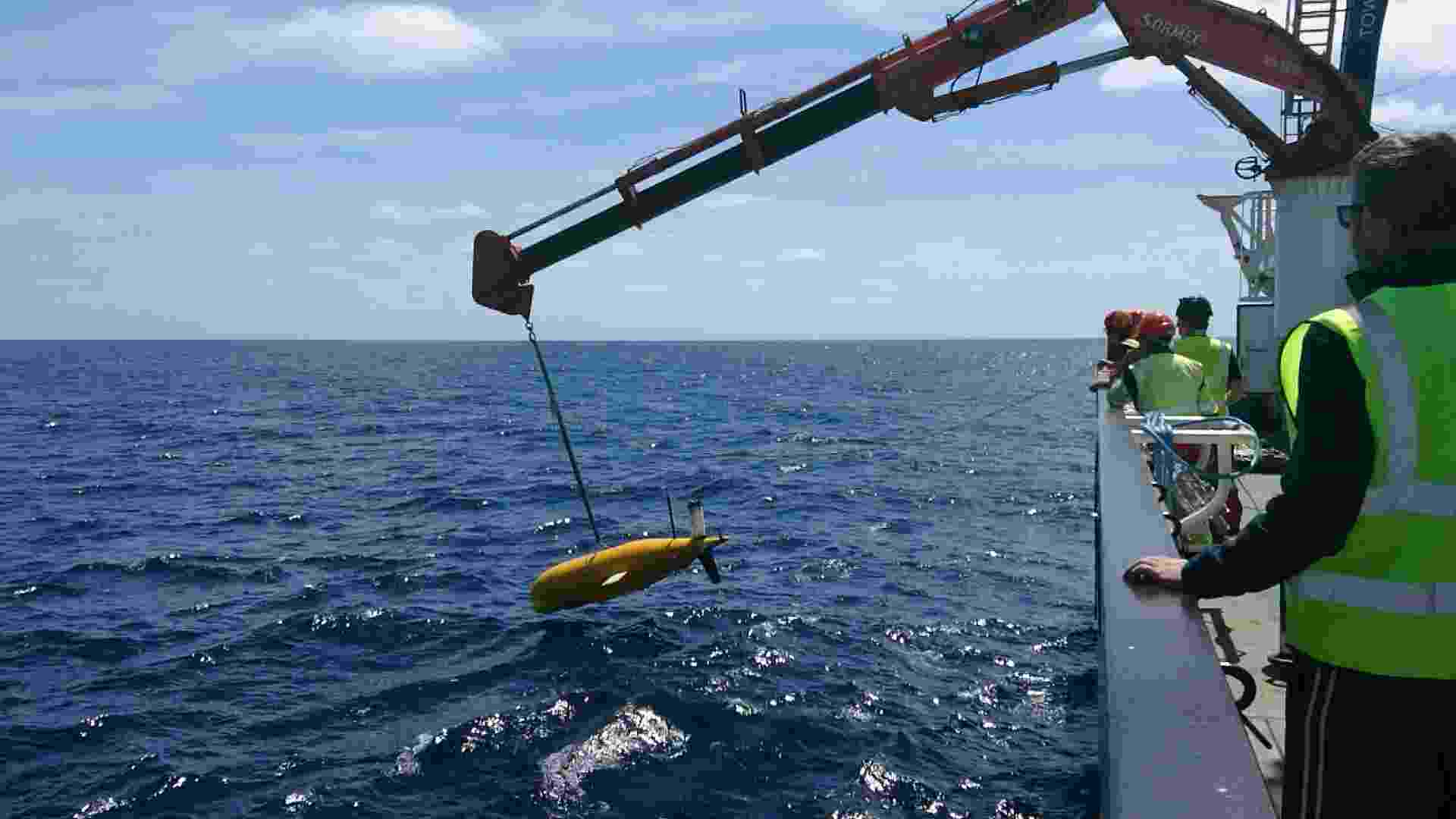 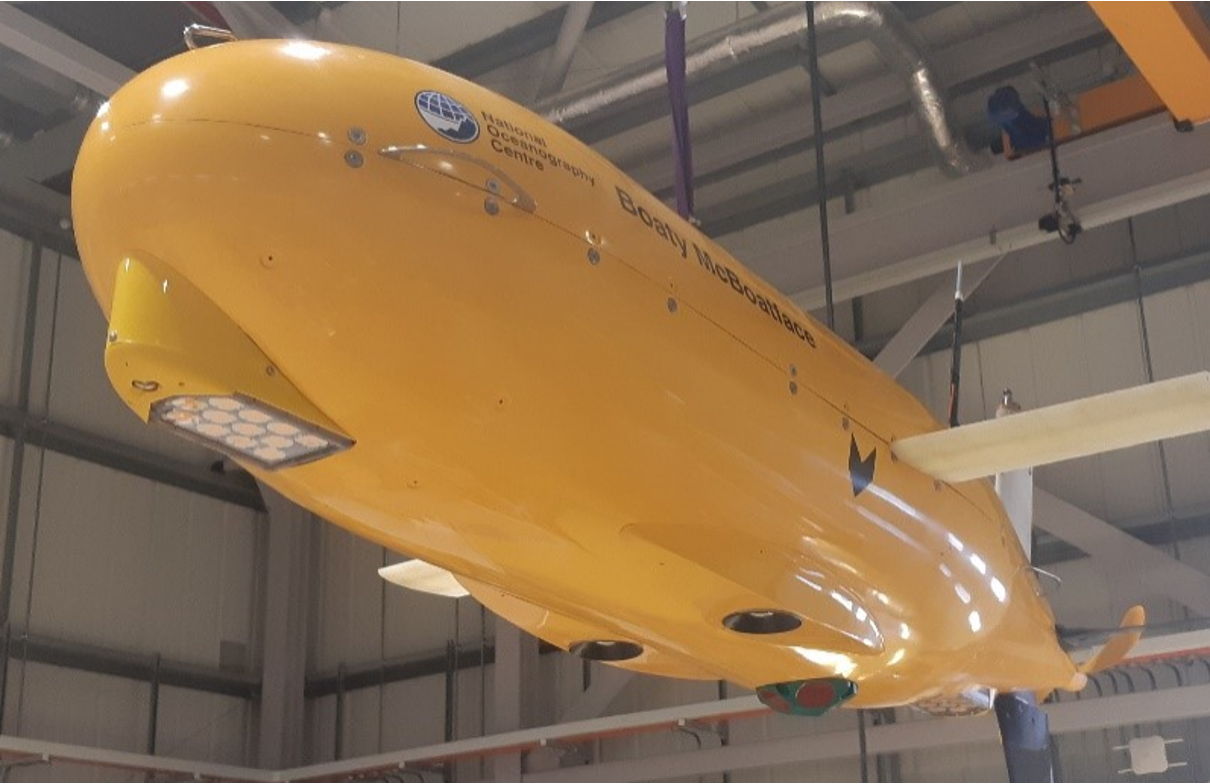 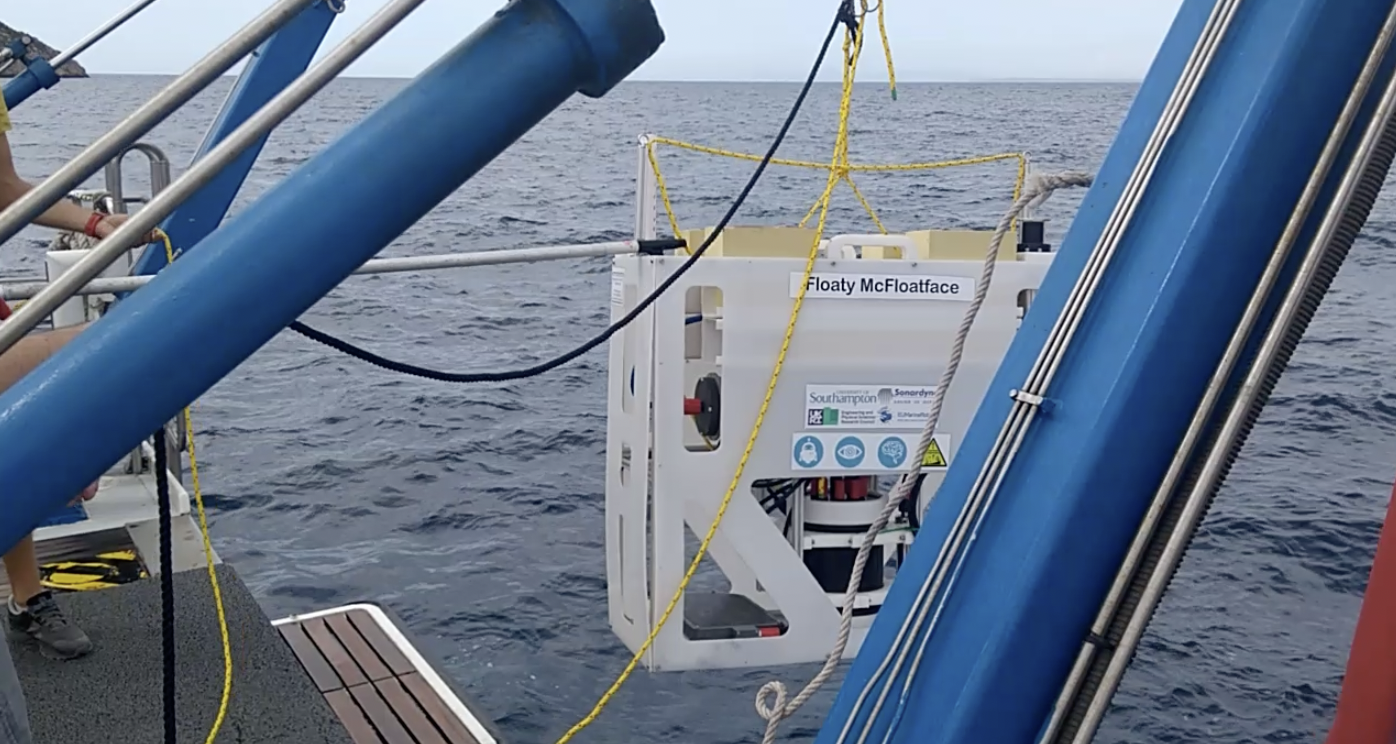 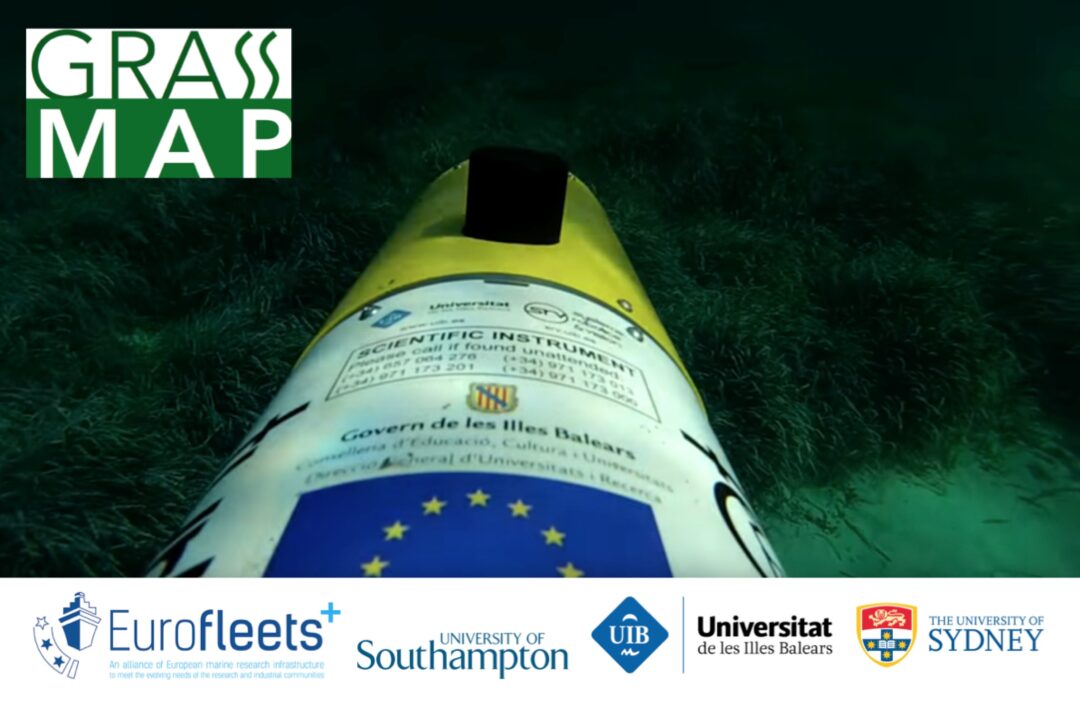 FloatyMcFloatface, or DriftCam, on the other hand, will just go with the flow, drifting along on underwater currents while keeping a fixed altitude off the seafloor to gather high-quality images. The exact trajectories won't be controlled, but the deployment locations of Floaty will be determined based on sea current predictions for the deployment area.

The cruise is part of the Eurofleets+ Grassmap campaign, funded by the EU Eurofleets Transnational Access Program, and it has been picked up by the local news.

Final preparations for the Oceanids Cruise JC220. BioCam on the National Oceanography Centre's  ALR (a.k.a. BoatyMcBoatFace) in Loch Ness. Great job by the NOC MARS team for a very neat and tidy integration onto ALR. 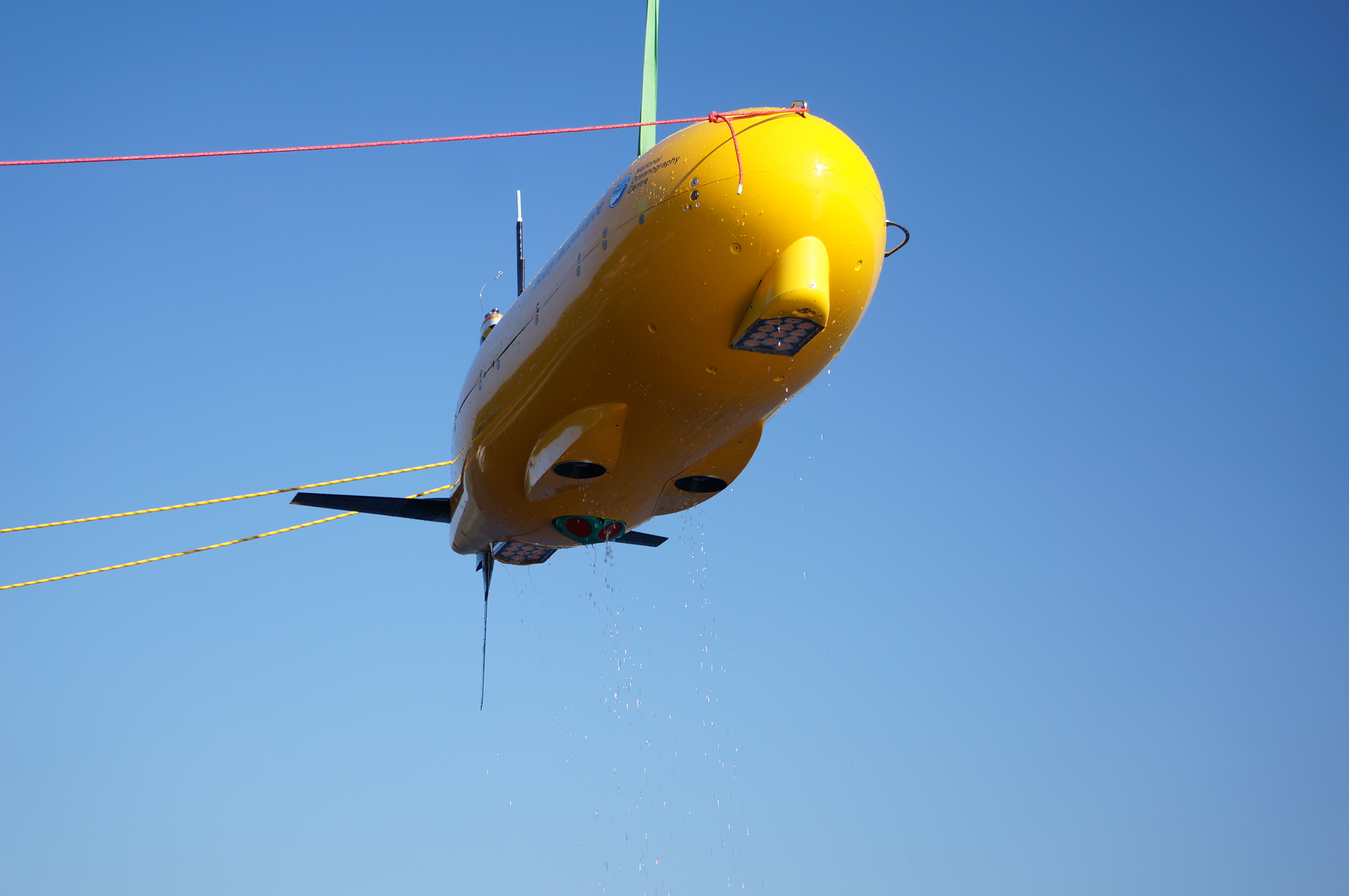 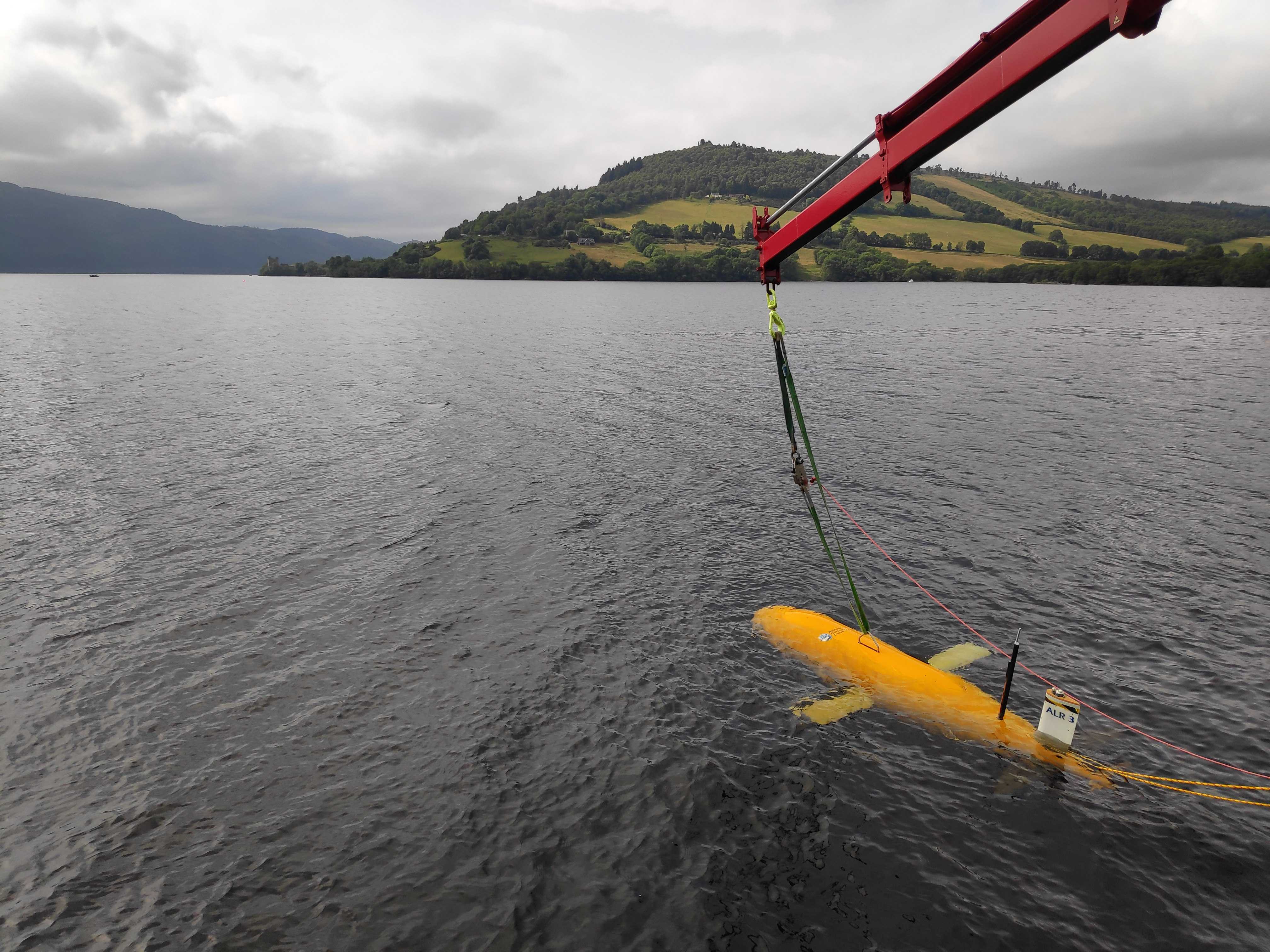 In the field surveying cold-water coral at the Tantra ridge in Trondheim Fjord working (virtually) alongside the ACFR Marine Systems group to deploy our "Floaty McFloatFace" passive drifting imaging float under the EU Marine Robotic Transnational Access (TNA) program. Great support from NTNU AUR Lab, their platforms and the crew of RV Gunnerus! 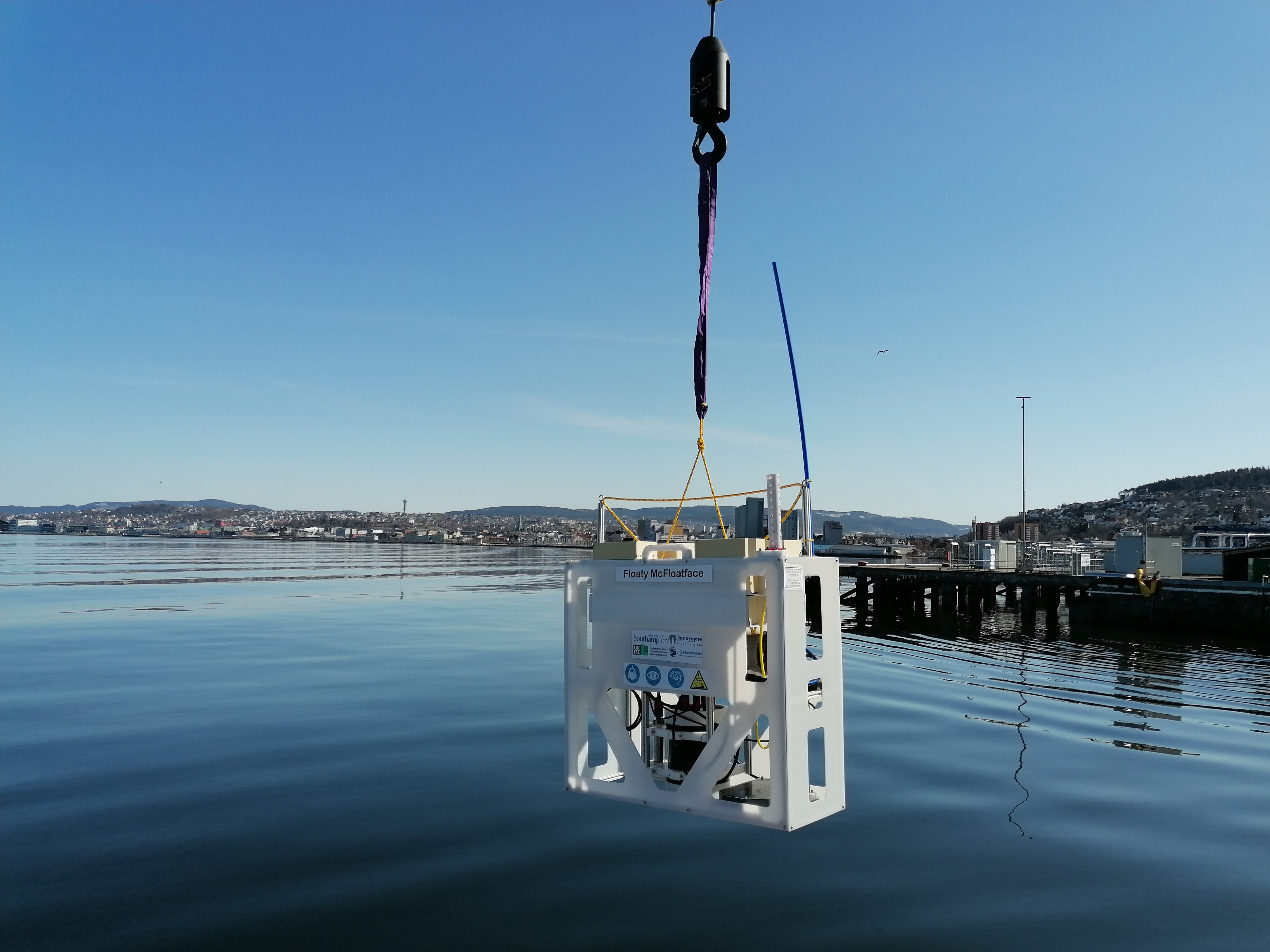 First BioCam deployment using Autosub6000. Dataset is up on Squidle+. 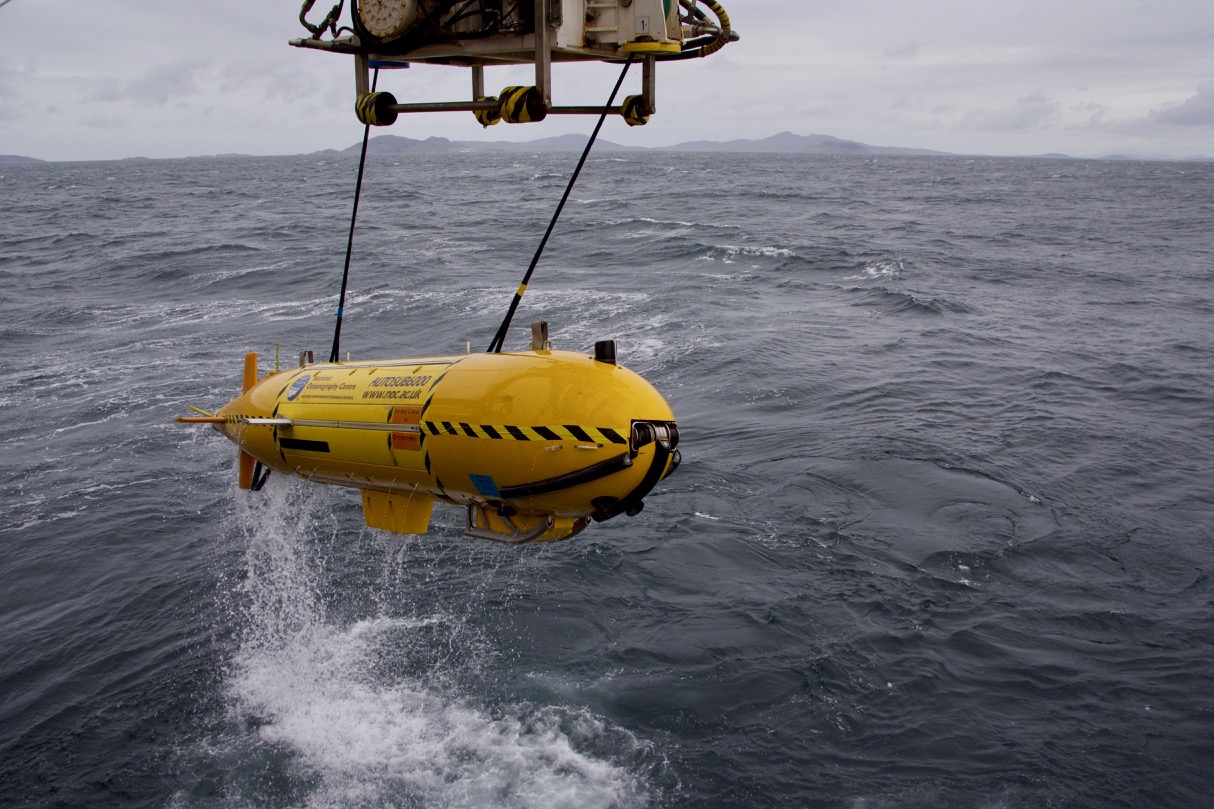 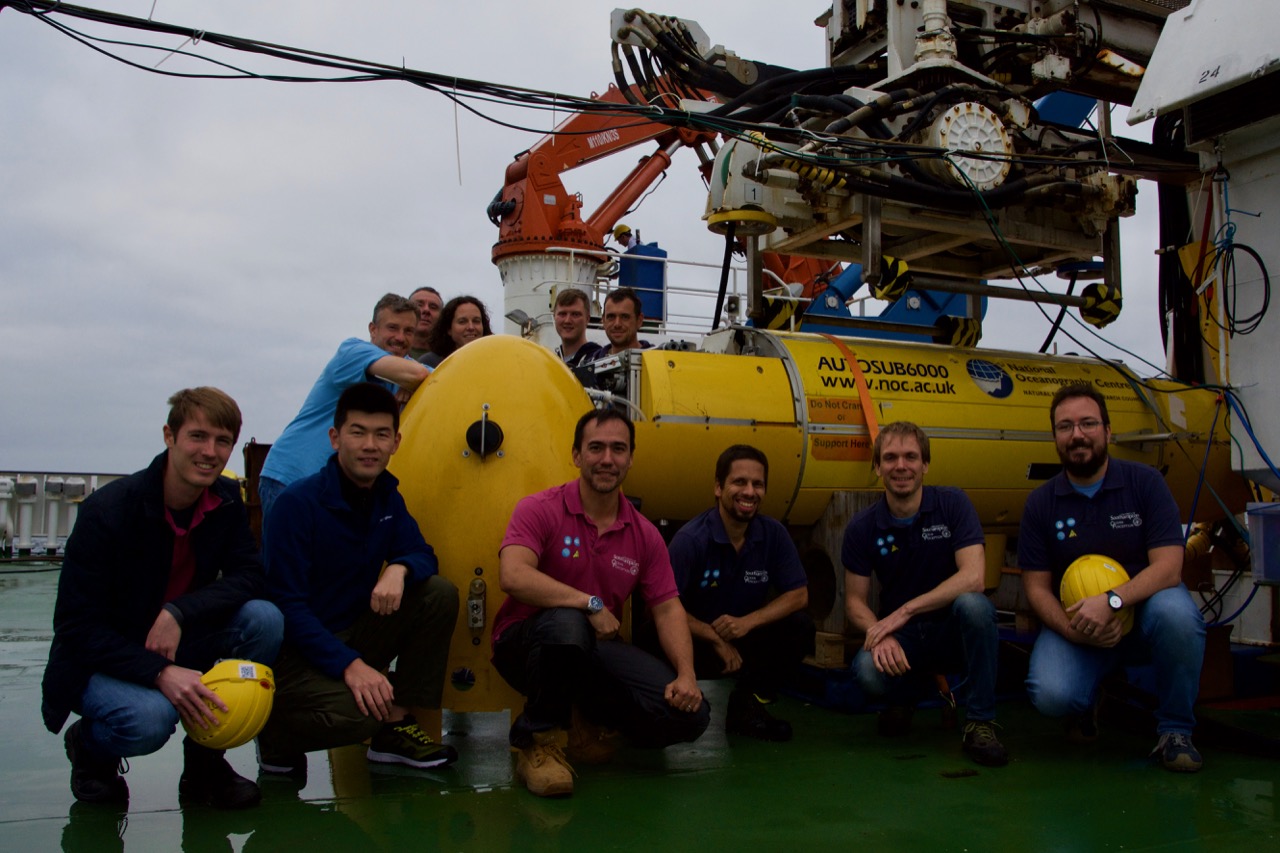 Overview of data collected during the expedition 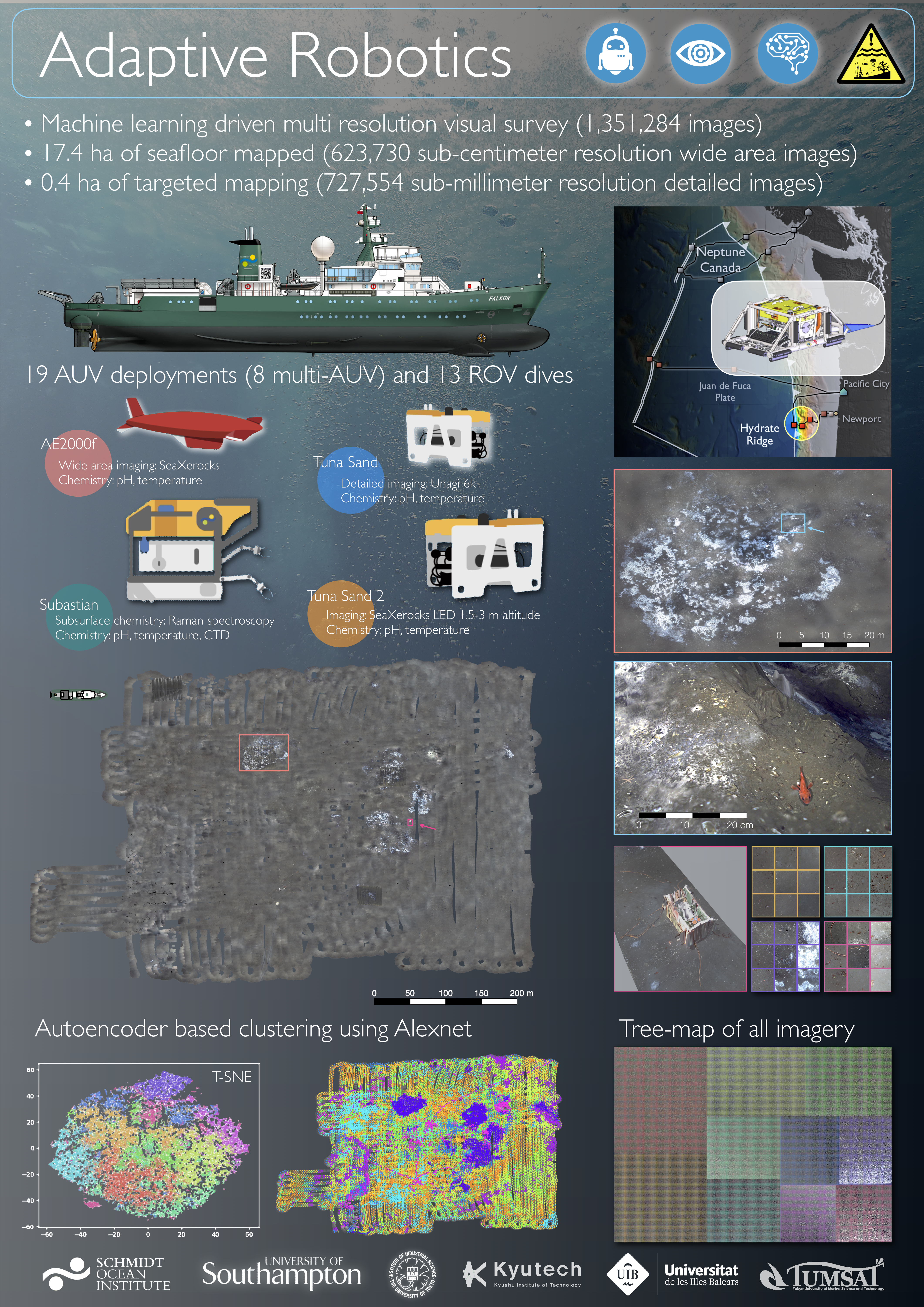 Results of 3D photogrammetric reconstruction of the Southern Hydrates Ridge (depth 780m) that was generated by the AUV Ae2000f and Tuna-Sand. The mapped area shown in the poster covers 11.8 ha at an average resolution of 6 mm and is the largest known expanse of seafloor that has been visually mapped in colour. Outputs of an unsupervised classifier were used to analyse the imagery between deployments and generated information summaries such as the image class tree-map. The detailed views show a white bacterial mat that was identified by the classifier, which was subsequently surveyed by the AUV Tuna-sand at sub-millimeter resolution to gather more detailed information. The arrows illustrates the direction from which the isometric view of the reconstructions. 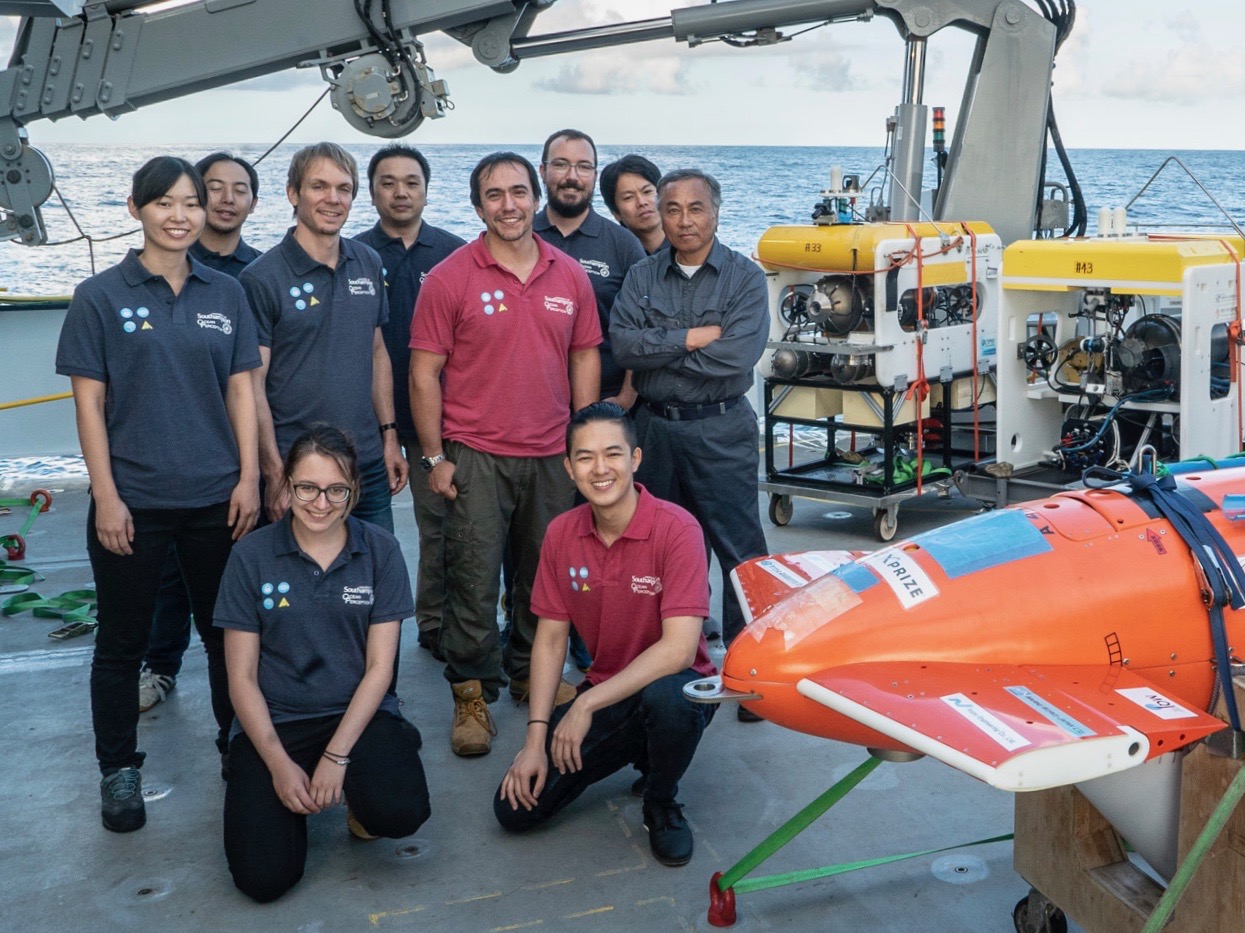 Our team has been gathering seafloor 3D reconstructions of mesophotic coral off of Sesoko island - off Okinawa in a collaborative effort with the Harii Lab the Ryukyu University, IIS University of Tokyo, ACFR University of Sydney and the Kyushu Institute of Technology. Currently, we have a 3-year temporal datasets of overlapping imagery collected using the AUV Tuna-Sand and Tuna-Sand 2, that is made available on Squidle+ for image annotation. Our observation in 2018 took place days after a direct hit from Typhoon Trami (Paeng), a Category 5 super typhoon with wind speeds of 195km/h. We hope our efforts will document the damage and the recovery as we continue to focus our efforts on this site.